The Aftermath of Apocalypse 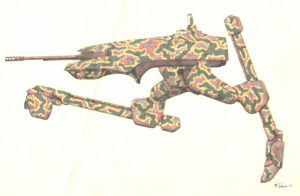 Now that Lord of the North is finally wrapping up (finally!) it’s time to return our attention to the rage of Angels sequels.

So, the Marabunta have taken their crippled mothership and retreated into the deep solar system to lick their wounds, and they leave behind a shattered world and society. On much of the planet civilization has been crippled or collapsed entirely. The United States and their few remaining allies face the daunting task of not merely preparing for the alien’s return, but to pursue them into the Black. If that weren’t enough they also need to re-establish civil order within our borders, rebuild our industrial capability and begin to re-terraform the earth.