Cover reveal and ‘Lord of the North’ nearing the home stretch! 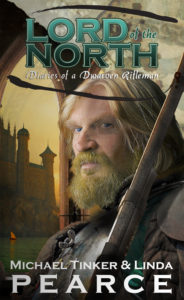 After a remarkably long time and several false starts the sequel to ‘Diaries of a Dwarven Rifleman’ is nearing completion. Editing of parts 1-3 is done, we have the cover art and Part 4 is nearing completion. I’m writing about 1500 words a day of new content in between making a living and having a life and things are coming to a head.

“Some men are born to greatness, others have greatness thrust upon them. Still others have no better sense than to make themselves so useful they are dragged to it, kicking and screaming the whole way.”
From the Diaries of Engvyr Gunnarson