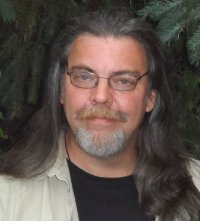 Let me preface this by saying that I am not a fan of our current president. I don’t think he’s doing a great job. But I don’t think he’s the AntiChrist, and I respect the office. I also respect intellectual honesty and accurate information, and am sick of the President getting blamed for everything up to and including the weather.

Currently the internet gun community is all a’buzz because ‘Obama outlawed M855 ammunition!’ I’ve even seen the claim that he did so by Executive Order. He didn’t. The BATF (Bureau of Alchohol, Tobacco and Firearms) did. But don’t believe me- you can read their decision, and their reasoning, here: http://www.atf.gov/sites/default/files/assets/Library/Notices/atf_framework_for_determining_whether_certain_projectiles_are_primarily_intended_for_sporting_purposes.pdf

It is based on the Gun Control Act of 1968 and the 1986 ammendments to that act, and is consistent with previous rulings. Also the BATF is a continuing Bureaucracy, not tied to or necessarily responsive to the sitting administration. As they explain the intent of the original law was to prevent criminals from carrying pistols with ammunition that would penetrate a standard police bullet-proof vest.

What is M855 ammunition? It is a 5.56mm bullet with a steel penetrator section, loaded into a 5.56mm NATO round as commonly used in AR15/M16 series rifles.  Is it really an armor piercing round? Well, that depends on the armor.  AR500/Level III body armor plates- as worn by SWAT Teams and some military persons, will stop it dead. I watched a video where it took somewhere between 60-90 rounds of M855 to weaken the plate enough to achieve two penetrations. You can see that here: https://www.youtube.com/watch?v=d2TBoP9Aoow

Clearly it is not armor piercing in the sense that it will penetrate this type of body armor.

But that isn’t what most police officers wear.  They wear a ballistic fabric vest which may or may not have a metal plate over their sternum, called a ‘Trauma Plate.’  Being shot while wearing a standard police bullet-proof vest is like getting hit with a ball-peen hammer. The purpose of this plate is not to stop armor-piercing bullets, it is to spread the impact of a hit over a larger area, so that the blunt-trauma wounds from being shot in this critical area will be less severe.

Some Trauma Plates might stop M855, but the rest of the vest, where it is just ballistic fabric? They’ll zip right through it- but then nearly any high-velocity rifle bullet will too.  Most common calibers used in hunting rifles, in fact.  So why single out M855?  Because of gun owners.

In recent years pistol versions of military style rifles have become popular, based on the AR-15 or AKS platforms. The AR-based weapons will fire M855 ball, and can be concealed.  Mind you these weapons are not small, and many question their utility, but they can be concealed under an overcoat or in a parcel in a way that full-sized rifles or carbines can not.  They are capable of being fitted with high-capacity magazines, and fired rapidly with reasonable accuracy at close range.  In most states they require no special permit to own.

The reason that these weapons exist is because gun owners wanted that compact, legal firepower.  Previously they could only get it by paying a transfer fee to purchase a Short-Barrelled Rifle, adding about $200 to the cost of the weapon. By manufacturing the weapon as a pistol without a conventional shoulder-stock these weapons were legal. So they successfully circumvented the intent of the law, and now it has bitten them on the ass.  They successfully turned a legal rifle cartridge into an illegal pistol cartridge. Well done.

Will the law against this ammunition help prevent criminals from using this ammunition to commit crimes and kill police officers? Probably not. Most criminals don’t carry $1000 legally purchased weapons when they hold up a bank or store. They want something smaller and more concealable, and don’t care if their bullets will pierce armor; they don’t intend to get in a shoot-out with police.  If they want to spend that much money and carry that large a weapon they will probably purchase an illegal fully-automatic weapon.  Much more dramatic, and it is perceived as being more effective.

Then there is the issue of the ammunition itself- there are millions of rounds of this ammunition in circulation, and it is not illegal to possess it, just to sell it commercially. Criminals will have zero trouble laying their hands on it.  Since the sale of this ammunition was never controlled there is no record of who does or doesn’t have it; confiscation would be impossible.

So why is this happening?

One recent trend in AR-based pistols has been to mount an ‘arm brace.’  Theoretically these allow the user to brace the weapon against the users forearm to stabilize it. In reality these are used as a shoulder-stock, and were made as a way of obtaining a short-barrelled rifle without having to pay extra to follow the legal process for buying one.  I suspect the BATF got sick of people getting around the law on technicalities. These ‘arm braces’ have also been delegalized, by the way.

So what’s the point? Gun owners have been circumventing the intent of the law, effectively slapping BATF in the face. Slap someone enough and they’ll slap back.

To reiterate- Obama didn’t do this.  The BATF did, and to some extent we did it to ourselves. I doubt that President Obama even knows what M855 ammunition is. Someone probably had to tell him about this ruling by the BATF. So place the blame where it belongs and go pedal your propaganda somewhere else.